The process of assessing misophonia is a combination of diagnosing the condition – or, more commonly, confirming a diagnosis – then establishing its severity.  It is important that, even before any 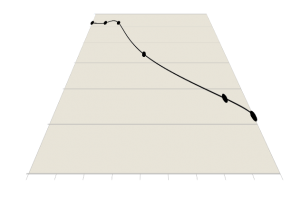 therapy commences, we measure the severity of the condition so there is a base-line.  Only then is it possible to chart the course of progress in therapy and, ultimately, establish how effective a particular treatment may be.

It’s clear, too, that every person with misophonia has their own story and each will – in any effective treatment plan – have their own particular issues that must be addressed in an appropriate manner.  So any assessment must take these aspects into account and any therapy that follows must be defined as a structure – a framework which covers all aspects of treating the condition while allowing a fexibility of approach that meets individual needs.  The assessment process then must gather sufficient accurate information to allow a treatment plan to be defined within such an overall framework.

How do we diagnose misophonia?

Very often a person making contact with a therapist will have diagnosed their own condition.  Perhaps after many years of discomfort, even broken relationships and ruined careers, the internet has provided

sufficient information to identify what’s wrong: misophonia.  It’s true that many medical practitioners and psychologists are still unaware of misophonia and its effects upon those experiencing it – either themselves or being with those having the condition.  And it is thanks to organisations like Misophonia Institute that awareness is spreadng.  There are other sources where, perhaps, the content provided is of doubtful veracity, sometimes verging on disinformation, almost.

There is a range of criteria that may be applied by different practioners and, again, the Misophonia Institute is promoting a standardised approach to diagnosis and suggesting that this is taught – as Continuing Professional Development – to professionals from a broad range of disciplines.  Once more, the concept of co-ordination and standardisation will benefit everyone affected by this condition.

So: what would that include?

This is what is often refrred to as a trigger

We look for the presence or anticipation of a specific stimulus and that can be a sound, sight, or something else such as movement or vibration, or a smell or the sensation of touch.  That provokes an impulsive, aversive physical reflex and then an emotional response.

That emotional response very often begins with irritation or disgust that quickly becomes anger or rage.  But we should be aware of other, negative emotions.

The stimulus can be considered to be a conditioned stimulus.  So that clearly excludes a response in which the stimulus leads to an unconditioned physiological response, as you might find in a sensory processing disorder or when a person is over-sensitive.

Also, it doesn’t need repetition or longer-term exposure to prompt the symptoms: it’s enough to experience but a single occurrence or a small number of stimulus instances cause the default response.  It only needs to be a minimal intensity instance of the stimulus.  It doesn’t need to be loud or in your face.  In fact, if a high intensity is necessary to bring about the uncomfortable response it does not support the diagnosis of misophonia.

Also, stimuli that do not cause this response should not be considered as contributory – environmental experiences that might be considered unpleasant or unwelcome by anyone in the same situation.

The stimulus brings about a physical reflex response.  This is very often a skeletal or internal muscle action.  But it can be a sexual response or another physical sensation.

Sometimes the physical response can be hard to identify or, in some cases, it cannot be identified at all.  So not knowing what it is doesn’t mean the person doesn’t have misophonia but – on the other hand – its presence can be used to infer the condition is misophonia.

Only a very short duration of the stimulus will prompt the default respons – just a few seconds, that is.

The response to a misophonia event can affect a person’s thinking – it seems that activity in the prefrontal cortex, the big, thinking part at the front of the brain, is down-regulated during a

misophonia experience.  The individual focuses on the trigger and goes into survival mode.

This is described as dysregulation of thoughts and emotions and, although it can be rare, there can be aggressive outbursts and these are, perhaps, more frequent in children.

Once the thinking brain recovers and logical, cognitive awareness returns, those negative emotional experiences can be considered as having been excessive, unreasonable, or disproportionate to the circumstances.  Sometimes there is a real feeling of guilt.

basic needs.  In misophonia, an individual will tend to avoid the situation in which their response is initiated.

If the individual does not avoid it – perhaps they cannot avoid it – then they must endure the experience with discomfort or distress and will exhibit the response symptoms.

7 Effects on a person’s life

We should evaluate how an individual’s emotional and physical experience, as well as their strategies of avoidance lead to a clearly significant level of distress, maybe leading to significant interference in the person’s life.

As an example, it may be difficult for the person to get on with tasks at work or students may be unable to attend classes.  Also, some may find it hard or impossible to participate in routine activities or to interact with specific individuals, including loved ones.

We also need to consider whether an individual’s response is not better explained by another disorder.

That other disorder might include, perhaps, obsessive-compulsive disorder or post-traumatic stress disorder in which avoidance is commonplace.  We also must be aware that a phobia is quite different and the response – while it may provoke traits of avoidance – is different, too.

We can look in some more detail at the assessment process following diagnosis next.